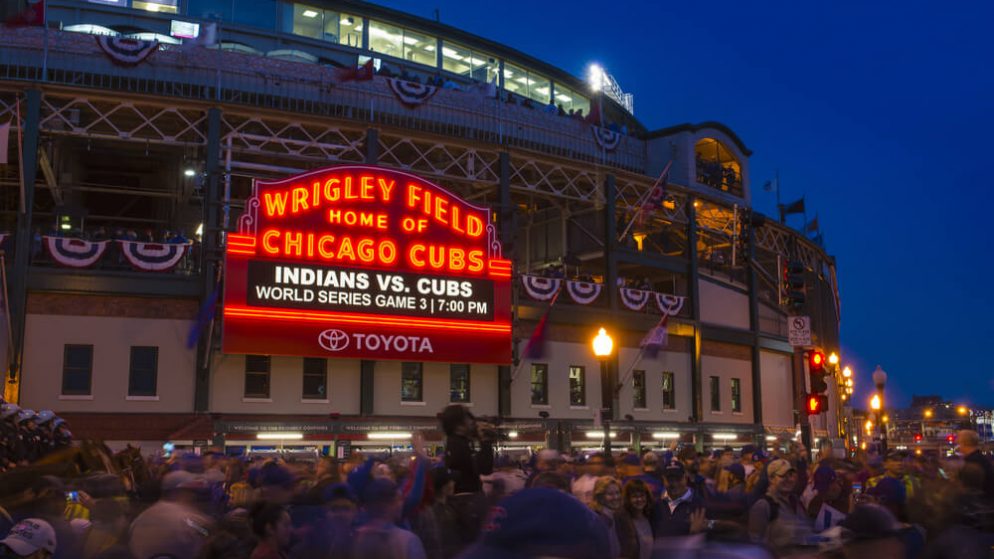 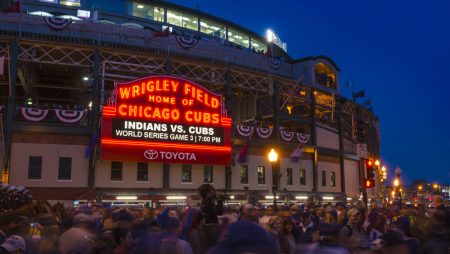 There is a construction project going on at the Wrigley Field which has already been confirmed to belong to DraftKings Sportsbook. As the home of the Chicago Cubs, this will also be the first stadium to have its own sportsbook in the entire state of Illinois. The beam signing is long done and the gamblers here will have their own Illinois sports betting alternative in the near future.

Everyone who follows professional sports must have heard about the Cubs even if they do not support them; they are a sports franchise that is quite popular. What better way to increase their standings in the sports area that having a new attraction added to the one venue that the sporting world identifies you with? With the new sportsbook, now the Cubs have a god reason to capitalize on the new publicity.

Wrigley Field is among the oldest ballparks that hosts major league baseball matches in the United States. In its current state, this venue lacks any shiny features that fans would be interested to look at. This is however going to change because the launch of Wrigley’s sportsbook in 2023 will have tons of attractive features. The DraftKings Sportsbook takes up a portion of the arena that sits on the intersection between Sheffield Avenue and Addison Street. The capacity of this new addition to the stadium will accommodate approximately 1,000 gamblers.

Part of the new facility construction will be a 2,000-square-foot video screen that will be used for the purposes of displaying all manner of information pertaining to Cubs betting odds, scores and stats. Even for people who enter the stadium with no intention of placing a bet, the amenities around the area will still make for an enjoyable place for spending time. Another important component of the DraftKings sportsbook is that it will be open throughout the year and not only during the MLB season.

According to the management of Cubs through their Presidents of Business Operations, Crane Kenney, introduction of an all-year-round business model is a model that has not been explored in the casino industry. This is for DraftKings, one of the greatest revenue earners if the public resonates with it.

On the day of the beam signing ceremony, the entire gambling industry posed as witnesses to the marking of an important day in the history of DraftKing’s business. The management of both parties to this agreement share in the notion that, this one-of-kind sportsbook is going to play an instrumental role in the enhancement of the environment of game-day for the visitors and fans of Wrigley Field. With the stadium scheduled to open its doors to business in 2023, the joint management is excited at the prospect of being a pacesetter in the year-round entertainment arena.

Wrigleyville hosts all kinds of restaurants and bars for the Cubs fans who come to the stadium to witness the various matches taking place there. Simply put, the new sportsbook at Wrigley Field is going to be in direct conflict in matters of business to all those business that exist around the stadium to offer convenience to visitors. In its defense, DraftKings has proposed the inclusion of a number of special and outstanding features in the new complex that will purposely be designed to draw in those game-day dollars.

Either way, everything being said on the economic viability of the stadium’s model is valid because consumer preferences are hard to predict. Wrigley’s sportsbook tuned to future barriers to making money and that is why they will include a traditional walk-up counter for sports betting in Illinois, in addition to plus kiosks for gamblers looking to bypass the queues. The construction of a dedicated Jim Beam-branded bar within the stadium is intended to warm the hearts of gambling fans once they get inside the enclosure.

Visitors to the facility will be able to have a meal and grab snacks from the bar which is expected to offer a range of American-style selections similar to what is available inside the traditional areas of Wrigley. This will be a great option for casino guests who are looking to partake in ballpark food even when there is no Cubs game scheduled.

There is obviously a lot mixed feelings around the features that the new construction and what benefits it will be offering visitors. That aside, it is important to acknowledge the fact that opening a sportsbook is no ordinary feat by any standard. This is a historic move that will not elevate the status of the local community but also open up opportunities for one of the most iconic ballparks in baseball. Like all other sports arenas around the country, Wrigley Field is taking advantage of the ongoing gambling revolution to position itself as an entertainment destination.

DraftKings is one of the seasoned gambling services providers in the United States. The operator not only has the financial muscle but also the brain power to develop a facility that will be a pacesetter in the industry. Judging by the layout of the design plans, the finished premises will be an all-in-one entertainment center. Critics will argue that the construction does not offer anything that is not already present within the surrounding community. DraftKings is bringing familiarity to its fans as well as convenience for those who love to spend their money in a well-detailed setting.