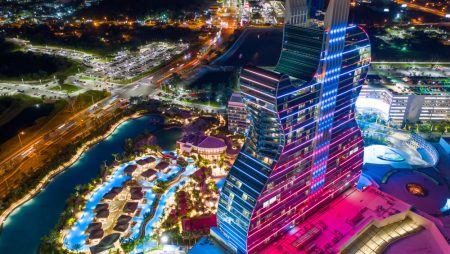 Chicago is still on track and is determined to construct the first casino in the country’s third-biggest city. Leaders in Chicago have been wanting to construct a world-class resort that will help to attract locals, as well as tourists which will certainly go a long way in helping to boost the city’s dwindled finances. However, the planning process has been underway for a while now as the city is still sorting through various proposals before picking the right developer.

Mayor Lori Lightfoot first announced that it was officially looking for proposals from developers to operate the casino hotel last year in April. During the announcement, the Mayor stated that the city was looking for a developer capable of operating a casino resort that includes a hotel of at least 500 suites, entertainment venues, eateries, as well as bars.

The lucky operator to be awarded the license for the hotel and casino will also be responsible for running the slot machines at two of Chicago’s busiest airports. In general, the winning operator will get to control at least 4000 gaming positions or seats where the residents of Chicago will place their wagers. Based on the timeline that the city had shared, applicants were supposed to publicly present their plans last year in September for the winner to be selected this year.

Before the winning operator is selected, approval will first have to be granted by the city as well as the gambling regulators in the state. Since the physical casino will not be ready until much later, the city will set up a temporary casino that will also allow for fast revenue generation as the construction of the permanent facility is underway.

For a long time now, the administration in Chicago has believed that people in Chicago have a tremendous appetite for gambling. The officials agree that demand for a high-quality gambling establishment has become even more heightened after the pandemic broke out. And with gamblers slowly returning to brick and mortar casinos after months of pandemic-related closures and restrictions, the growth opportunities are immense.

But things have not been easy. Plans to construct the casino resort were met with snags from very early on in the process owing to the tax structure shared. A feasibility study that was carried out in 2019 by a Vegas consulting company discovered that the casino would be too costly to generate the expected revenue, which is why legislators were compelled to approve a change in the tax structure.

Another firm then came into the planning process and claimed that a casino located downtown would perform much better and would generate approximately $1 billion each year. But it is not just about the sports betting revenue to be made. The new casino is expected to provide thousands of residents with jobs including construction, as well as provide a much-needed boost for the local businesses that have struggled under the weight of the pandemic.

Getting Closer to Picking a Winner

It has been a while now since the city started its search for a developer. Finally, the mayor seems to have cut down the long list of proposals submitted to just three out of the five bids that were submitted. At present, the city is considering proposals from 3 well-known casino brands including Hard Rock International, Bally’s Corporation, as well as Rush Street Gaming.

All the 3 brands submitted their own proposed developments for the sites they would like to erect. If everything goes according to plan, the officials expect to have selected their top pick by the start of the summer. The City Council, as well as the Illinois Gaming Control board also still need to give their approval before construction can commence.

The mayor confirmed that she and her team had spent hours combing through the various proposals until they whittled it down to the top 3. She noted that the team picked the 3 based on the objectives that they had set when planning Chicago’s first integrated casino resort. The remaining 2 proposals that did not make the cut all proposed the McCormick Place campus as the site for development.

The 2 rejected proposals were submitted by Rush Street Gaming and Bally’s. But Bally’s still has lots to be thankful for since one of its proposals made the cut. Bally’s bid recommends constructing a casino and hotel to be situated at the Chicago Tribune Publishing Centre. This casino is estimated to cost Bally’s $1.74billion.

If Bally’s bid is accepted, the casino brand expects to set up a temporary structure by the second quarter of 2022. Bally’s will then continue working on its permanent structure for opening in the first quarter of 2026. Rush Street’s bid on the other hand recommends constructing the casino at the empty riverfront lot located in the South Loop.

Rush Street plans to have its South Loop location open by the second quarter of 2024 while the permanent facility is expected to debut before the end of 2025. The last bid from Hard Rock suggests constructing a facility worth approximately $1.74 billion. Hard Rock’s casino is set at One Central, which is already part of a mega-development project situated closely to the Chicago Bears’ home venue.

The topic of which developer will be picked has been a fierce debate since the bids for proposals were requested by the city. At the beginning of the planning process, many locations were reviewed including an old steel plant site and many other locations in the downtown area. However, it was eventually recommended that the city start looking for locations closer to the business district.

Several parties were also asked to participate in the decision-making process from the onset. For instance, at least 11 companies and neighbourhood groups weighed in their 2 cents on the project. Some of the companies involved in the research stage included Wynn Resorts, as well as Chicago Neighbourhood Initiatives which deal with non-profit developments in the city.

It was clear that most of the parties favored a downtown casino location. According to the Chicago mayor though, the location will be up to the operator that is picked. So until then, the city continues to wait.