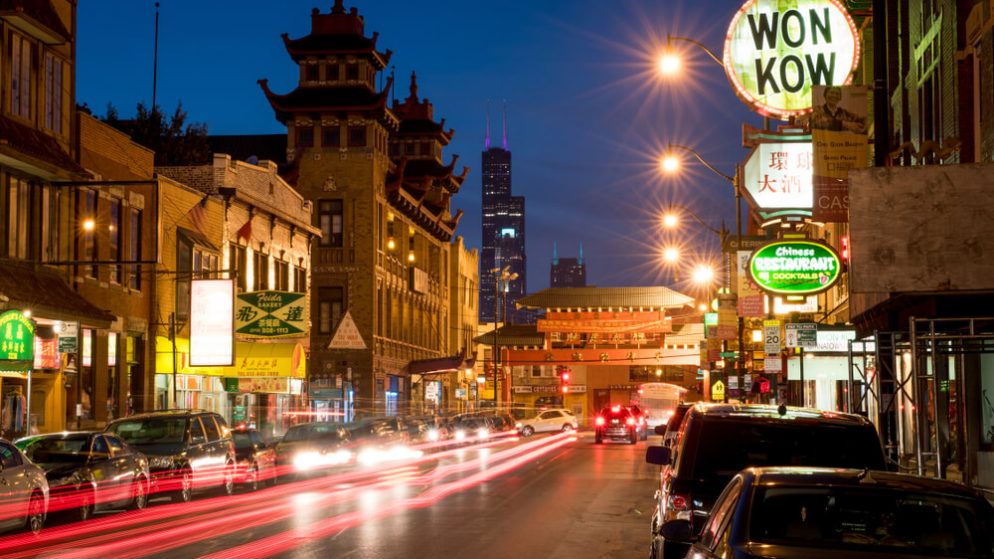 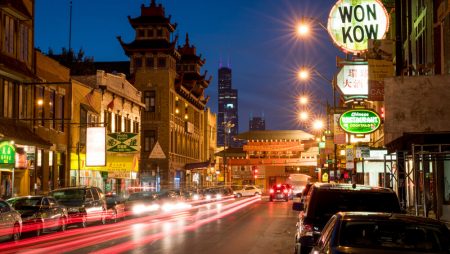 A group of influential demonstrators gathered in Chinatown recently to protest Rush Street Gaming’s proposed site for the new Chicago casino. Rush Street’s project is worth an estimated $1.62 billion and is set to be located just north of Chinatown. Some of the influential protestors that gathered included Midwest Asian Health Association’s, Dr. Hong Liu.

Also included in the crowd was the Commissioner at the State of Illinois Hospital Licensing Board, Dr. Kim Tee, who has also been a long-time resident of the historic China Town. According to Dr. Hong Liu, a recent poll conducted among residents revealed that many of the locals are against having a massive casino built so close to their neighbourhood.

According to Liu, the locals have expressed concerns stating that a huge casino situated so close to the neighbourhood is likely to damage safety in the community. The residents are also afraid that a new casino will drive the severe addiction problem facing the Chinatown area. The residents also claim that adding a new casino to the area is likely to derail the community by increasing the crime rates.

Illinois State Representative Theresa Mah also states that the community has a long and troubled history with problem gambling, as well as rapacious casino marketing tactics. The state representative believes that having a casino situated so close by will impact the vulnerable population that is working and living in the Chinatown area negatively.

Alderwoman Pat Dowell is also against the construction of the new casino. Other state officials that have expressed similar concerns include Brendan Reilly, Brian Hopkins (Second Ward), as well as Byron Sigcho-Lopez who was against the Rivers Casino site.

The mayor of Chicago Lori Lightfoot is expected to pick the winning proposal out of the 3 finalists that were selected not too long ago. The Mayor announced that the top 3 proposals had been selected at the end of March. The 3 finalists were picked from 5 bids, each of which contained their own proposed development site for the new casino.

Once the city officials select their preferred candidate by early summer, the City Council, as well as the Illinois Gaming Board will still need to give their go-ahead before the construction can resume. According to the mayor, the officials combed through all the proposals submitted before finally settling on the top 3.

The 2 proposals that were canned were both centred around the McCormick Place location. Both the rejected proposals were submitted by Rush Street Gaming and Bally’s. So what do the top 3 casino operators propose?

Bally’s McCormick place campus may have been rejected, but the operator still has one more proposal in the running. Bally’s suggests constructing the brick-and-mortar casino at the Chicago Tribune Publishing Center. Bally’s proposed casino and hotel will cost approximately $1.74 billion.

If picked, Bally’s plans to have a temporary casino up and running by the second quarter of 2023. The permanent casino will then be opened later during the first months of 2026. Rush Street, on the other hand, proposes constructing the casino at Rivers 78.

Rush Street’s proposal of the 78 is expected to transform 8 acres that are situated along the Roosevelt Road. Rush Street’s mission is to change the location into the most visited riverfront entertainment district. Rush Street’s casino is anticipated to feature a hotel with 300 rooms, a massive food hall, 8 restaurants, 5 bars, as well as an observation tower along with the Harbor Hall and the river.

Rush Street will also include a multipurpose entertainment spot that will come with a rooftop space. The casino will also include more than 2500 slots and at least 190 table games. The final proposal, which was submitted by Hard Rock International, recommends developing its $1.74 billion casino at One Central.

This location is already part of a mixed-used super development project that is situated near the Soldier Field, which is utilized by the Chicago Bears.  If picked, Hard Rock expects to set up a temporary casino by the second quarter of 2023 and a permanent casino by the third quarter of 2025. Hard Rock proposes spending $1.7 billion on a casino containing 3400 slots and more than 160 table games.

It has been a long push to have a casino in Chicago.

Chicago’s dreams of constructing a casino became a reality when Illinois Governor J.B. Pritzker signed Bill 516 into law. The Senate bill was buoyed by Illinois’ $45bn Rebuild the city plan which paved way for the construction of at least one resort casino in downtown Chicago. This new Bill revised excessive tax structures, paved the way for gambling at state fairs, and offered the city a chance to rebuild its economy after the devastation of the pandemic.

Senate Bill 516 will be instrumental for the city as it will fund the construction of necessary infrastructure. The casino is also expected to introduce new jobs for thousands of residents in the state while also boosting the state’s capital construction program. Part of the funds generated from the casino will also be used for lessening pension schemes in Illinois.

The bill will also help to provide relief for the effects of the pandemic. At the start of the negotiation process, officials refused to allow bars and taverns to offer video poker. According to the officials, allowing video poker at these establishments would drain revenue from future casinos.

The good news is that city officials also agree that sports betting should be allowed in stadiums, ballparks, and arenas. As such, in the future, residents should expect to have an array of options to choose from, whether they want to place bets in a brick-and-mortar setting or online via mobile apps.